It’s been a year since the video game “Yu-Gi-Oh! Master Duel, a virtual version of the popular collectible card game, has been launched. The anniversary was crowned with 50 million downloads. As the gaming community grows, CNEWS asked champion and broadcaster Vohlt to share his tips for getting better.

It is undoubtedly one of the most unifying collectible card game licenses in the world. There is also a 100% digital version of Yu-Gi-Oh!, which has been entertaining players and collectors for 24 years. Launched a year ago on January 19, 2022, Master Duel has over 50 million downloads on smartphones, tablets, computers, and consoles. An impressive number.

Master Duel, which wants to be extremely perfect, leads to several hundreds of thousands of games online and among amateurs every day. For beginners, curious and old players who want to get back and hit the box, we called upon the expertise of Vohlt, a well-known streamer of Yu-Gi-Oh! (featured on YouTube and Twitch) for their valuable advice.

Vohlt: “Master Duel is still Yu-Gi-Oh! is a great way to get started with the card game because it offers many tutorials and guides that are not available in the physical card game. Beginners interested in Yu-Gi-Oh! but fearing the complexity of the rules, you can easily start a card game through Master Duel. For older players, the manuals are also an important passage, as over the years came new cards and new rules.

Choose a deck with the cards you need

“There are a lot of cards because there are over 10,000 different cards and you can get lost quickly. For me, you have to look at the best decks and cards in play to try to play with the same cards first, because in my opinion, that allows you to learn to play the fastest and be effective. For nostalgia’s sake, know that, for example, White Dragon with Blue Eyes or Black Mage are powerful cards, but not recommended as the game evolves.

you know how the deck is played

“A player should also consider the type of deck he wants to play. Therefore, when we create it, we need to learn how it works in order to know how to play it, but also to predict what we will be playing against.

“There are playable cards everywhere in today’s game. They are called “staples” and Master Duel has packs that offer them. That’s why I recommend Floraison de Cendres et Merry Printemps, Cancrelat Maxx and Infini Ephémère cards. These are the three cards that are played in almost every deck and are, in my opinion, essential. This type of card is called generic because it will be useful in any scenario. Of the 40 cards that make up the deck, professional players usually combine these types of staples to strengthen the deck and make it competitive.

Have cards that can counter the opponent

“Most importantly, the start of the game is subject to a coin toss to determine who starts. Also, in the current format of Master Duel, having a hand to start plays a lot in the game. Therefore, if you play the 2nd position, you should be able to block your opponent quickly. It’s rarely said, but the best cards are Trap cards. These are very powerful cards, but almost useless when you lose a die, that is, if you don’t have a hand from the start. So, it is a double-edged sword.” 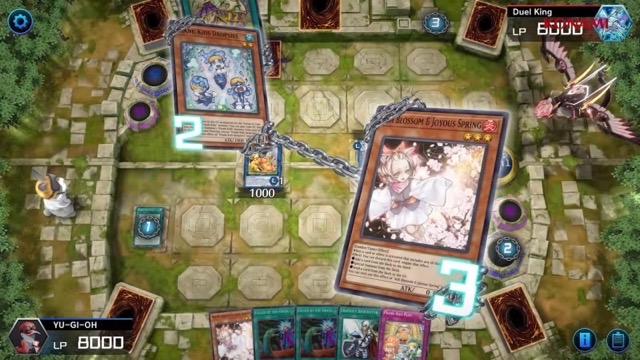 bet on the deck to get into the game instantly

“If you win the coin toss and start the game, it’s important that your first five cards are ‘live’, meaning they are all playable, and limit the number of potentially ‘dead’ cards in your hand. You need to have cards that allow you to start your turn quickly. So the hand you win for the first trick or if you lose, you need to have a hand that can do a little bit of both. That’s why staples or hand traps are important cards because they can interact with the opponent’s turn. They’re, like I said before, very powerful cards because they’re versatile. 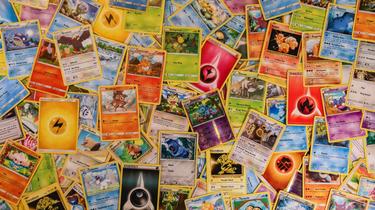 “There are also decks built to destroy the opponent’s strategy, such as those built with the Nibiru card, which allows you to destroy all of the opponent’s monsters and summon Nibiru against an opponent who has at least five summons. This is a very strong card.”

Activate the card at the right time

“With experience, you need to know the opponent’s deck as a minimum. This allows you to lay down a card or activate a trap at the right moment. In Master Duel, for example, the interface shows when a card can be activated (with a small golden yellow outline), but you don’t have to activate this card as soon as possible. So you need to know your opponent’s decks to do it at the right time.

STAY ON A STRONG DECK TO WIN FIRST

“I don’t think Master Duel is a pay-to-win game. Especially in solo mode, there are many missions that allow you to collect free gems to buy cards for free and build interesting decks without paying. Being strong is not about putting money into the game. You can certainly invest to buy certain cards, but only if it’s for fun. However, I recommend betting on a strong deck that can be seen among the players and focus on it and take it to win. Then, with a little more practice, we can have fun building our own deck.”